“A Safer Future Together”

Celebrating 30th Years of working with men and their partners

MOVE Ireland is the largest provider of perpetrator programmes for Men who are abusive in their intimate relationships. As part of our 30 years celebration, we are holding an international conference on Domestic Violence.

The Conference will look at the impact of Domestic Violence on Women and Children and hear about the critically important role that perpetrator programmes play in challenging Men’s abusive behaviour and promoting the safety and welfare of Women and Children.

MOVE Ireland believes passionately in working together with statutory and non-governmental agencies to ensure a safer future together one which holds perpetrators to account and supports victims of domestic violence.

We look together to seeing you at this event.

This event will be of interest to: 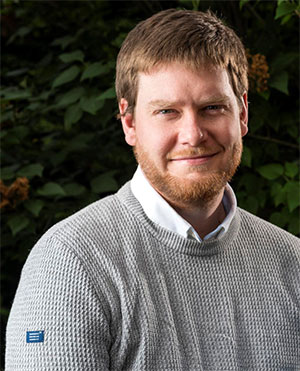 “On 19 July 2016, Claire and Charlotte Hart were murdered in broad daylight, by the family’s father using a sawn-off shotgun. He then committed suicide.
Luke and Ryan Hart, the two surviving sons, now openly share their story to raise awareness of the coercive and controlling behaviour their family suffered.

They have trained thousands of police officers, NHS professionals, council staff and the general public in identifying, understanding and ending domestic abuse. Their work has taken them internationally and they have also worked with governments.

Luke and Ryan have released their book, Remembered Forever, telling their story. They have worked closely and frequently with the national media discussing issues of domestic abuse and are White Ribbon Ambassadors and Refuge Champions speaking out against male violence towards women and children.” 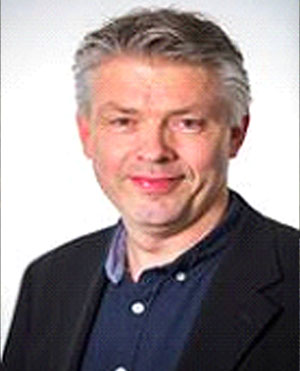 Marius is the executive director of ATV in Norway. ATV is the oldest European treatment centre for men who use violence in intimate relationships, founded in 1987. Today ATV is offering treatment and support services to all members of the family. The organisation organises 13 treatment centers throughout Norway, with a total staff of 75 professionals. ATV is also engaged in international cooperation projects, and research projects on perpetrators, therapeutic processes and treatment outcome.

Mr. Råkil is educated and trained as a specialist in clinical psychology with his degree from the University of Oslo. He has 27 years experience in treating men battering their partners. In addition to his clinical work, he works as lecturer and speaker both nationally and internationally. He has published articles or book chapters in Sweden, Italy, England and USA, and edited a Norwegian textbook on men’s violence against women. He has worked as a researcher and been member of governmental committees on men, equality and violence. 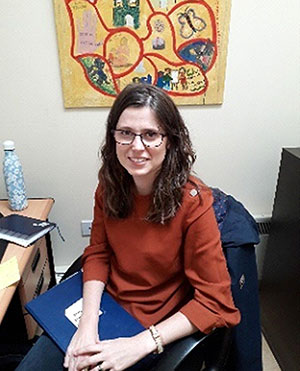 Olive Carter is the project leader at Barnardos Centre Thurles. Which is an integrated family support and early years’ service. Olive has been in this post for 17 years. Olive has a history of involvement with Move having previously facilitated perpetrator programmes and chair of move north Tipperary.

Olive has been part of the group of professionals who brought the innovative Tlc Kidz programme to north Tipperary 15 years ago and has been line managing it ever since. Olive has a masters and diploma in social work. 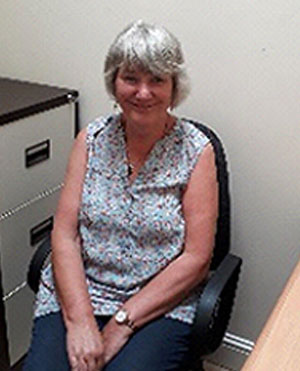 Áine Costello is National Coordinator of Barnardos’ National Childhood Domestic Abuse Project. Áine has been working in the area of social care for the past 17 years and with Barnardos for the last 11 years. She spent 7 years as a Project Worker and Project Coordinator in a Barnardos family support project.

In 2015, she became the North Tipperary Coordinator for the TLC Kidz programme, working exclusively with children and mothers who have experienced domestic violence. She took on the new role of National Coordinator 6 months ago. 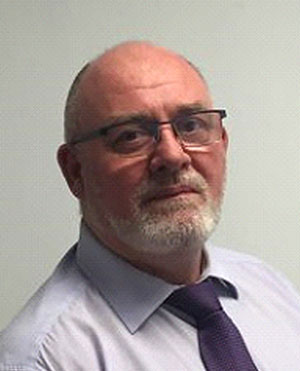 Sean is the Chief Executive Officer of the Men’s Development Network and has been since October 2018.
As Chief Executive Officer, Sean is responsible for the overall strategic and operational management of the organisation, including full responsibility for staff and budgetary management, implementation of strategy and supporting the board. He is also the official spokesperson for the Men’s Development Network, responsible for external relations and corporate affairs.

The Men’s Development Network is regularly asked by various government departments or agencies to represent Men on advisory or consultative fora and/or at conferences, both national and international, and in these spaces, I advance the policy positions of our organisation. 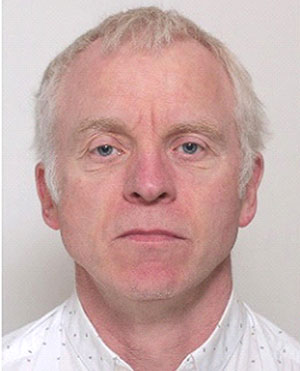 Owen O’Neill is the CEO of Move Ireland. Owen took up his post as CEO in November 2016. Owen qualified as a social worker in Belfast in 1990 and worked in Child Protection and Addictions for several years.

He subsequently was a senior manager within the Public Health Agency in Northern Ireland with responsibility for Drugs and Alcohol Matters before joining Move Ireland.

Louise is a Senior Lecturer at the School of Law, UCC and is the author of the leading Irish text Family Law. Her research focusses on the historical shortcomings of Irish domestic laws as a backdrop to the critical evaluation of the recently enacted Domestic Violence Act 2018, and its adequacy in light of changing Irish society and Ireland’s enhanced international obligations.

Separately, Louise has developed the bystander intervention initiative at UCC which seeks to enhance awareness of the dangers of the normalisation of sexual misconduct and to empower students to actively challenge this behaviour. Louise was a member of the Expert Group that recently produced the National Framework to End Sexual Violence and Harassment in Irish Higher Education Institutions. 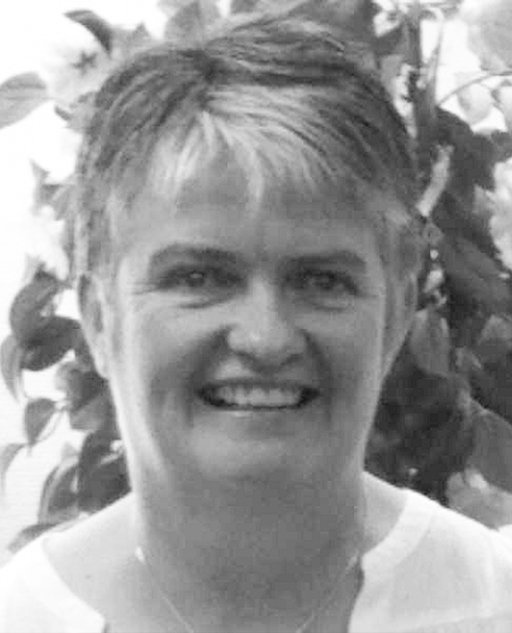 Sharon is a leading voice on a more equal Ireland and a powerful speaker. Inspiring leadership in 2016 at Áras an Uachtaráin, Sharon spoke with host President Higgins, Champion World Leader of the UN Women HeforShe campaign and with international phenomenon Hozier who donated the proceeds of his Cherry Wine single to SAFE Ireland. Sharon engaged those leaders and the rest of the country saying, “our culture and attitudes allow domestic violence to continue as a largely undocumented crime in Ireland.” Also in 2016 she led the design and delivery of the first SAFE Ireland Summit held in the Mansion House in 2016. It was a groundbreaking, first of it’s kind event that hosted 45 of the world’s most disruptive change agents and raised the profile of domestic violence like never before in Ireland.

CEO of SAFE Ireland since 2001, Sharon has collaborated with its 40 Irish member services to transform the coalition into the National Social Change Agency working on domestic violence in Ireland. She is changing how this social, political and cultural issue is discussed in government, in the media and in communities not only within Ireland but around the world. Sharon has created relationships with US and European partners that are moving the topic of domestic violence onto national agendas. She brings her experience in community development to her management of national and EU funded projects, to SAFE Ireland’s development of strategic partnerships, gender based violence prevention campaigns, public relations and grassroots service support.

Sharon is a fully qualified biodynamic psychotherapist, interested in the intersection between social change and trauma, healing and ending intergenerational cycles of violence. A graduate of Bangor University, she has a post graduate diploma in Mediation Studies from Dublin University. 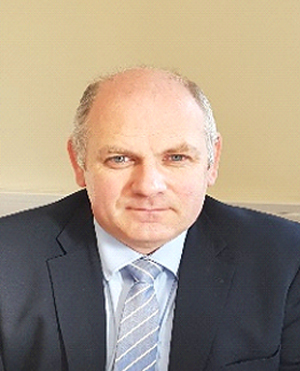 The bureau also liaises with relevant Government Departments, State Bodies and voluntary groups, embracing the essential multi agency approach to tackling these crimes and their causes. Primary considerations in these cases are the protection and welfare of the victims, while ensuring the proper investigation of the alleged activities. Declan Daly has been a member of An Garda Síochána for 29 years and for large part of his service he has been involved with providing a service to vulnerable victims. 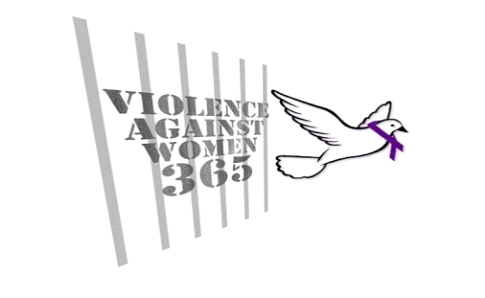 The conference will also showcase the “Violence against Women 365 International Poster Exhibition”. This is a public awareness and educational tool designed to highlight the global issue of violence against women. It focuses primarily on the issues of Domestic Violence, Rape and Sexual Assault but also includes related issues such as Dating Violence, Date Rape, Drug Facilitated Sexual Assault, Prostitution, Trafficking, Elder Abuse, Child Abuse and cultural practices such as Female Genital Mutilation.

The concept behind the exhibition is simply:- there are 365 days in the year but during every day of the year, every hour in the day, every minute of the hour and every second of the minute, somewhere in this world, women – irrespective of race, colour or religion – are being subjected to violence, abuse, neglect or rape. This also includes the most vulnerable members of society – our Children. The power and impact of each poster allows the message to get across that all forms of violence against women and children is totally unacceptable.
The format of the exhibition focuses on the issues through specific categories such as:-

Register for this event

'I can be better than this'

If you answer yes to any of these questions, it is time to give us a call

Get In Touch
Learn More